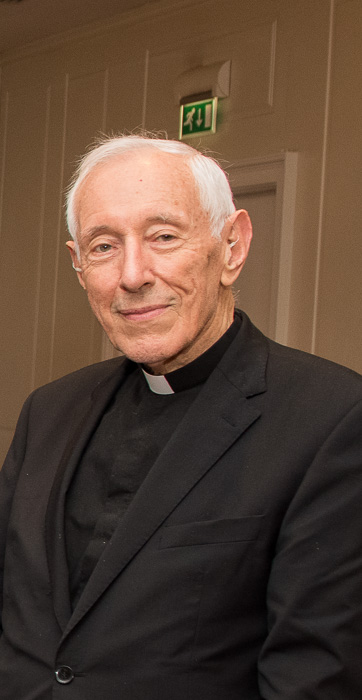 Bishop Fintan Gavin has announced that the death has occurred of Archbishop Patrick Coveney who has resided in Crosshaven Parish since his retirement as Apostolic Nuncio to Greece in 2009.

Archbishop Coveney was born in 1934 and is a native of Tracton Abbey Parish.  He was ordained as a priest of the Diocese of Cork and Ross in Rome in 1959.

His first pastoral appointment was in Kidlington, Archdiocese of Bermingham, for one year before joining the staff of St. Finbarr’s Seminary, Farranferris from 1960 – 1966.

In 1966 he joined the Secretariat of State in the Vatican and then entered the Pontifical Ecclesial Academy in 1969. He served as Secretary to the Apostolic Nuncio in Argentina from 1972 -1976 after which he returned to Rome to rejoin the Secretariat of State until 1982. He then moved to New Delhi until 1984 as counsellor to the Nunciature there and then to Khartoum in Sudan until 1985.

He was appointed as Apostolic Nuncio in New Zealand, the Marshall Islands, Samoa and Apostolic Delegate for Oceania in 1996 until 2005 residing in Wellington.

He was then appointed as Apostolic Nuncio to Greece from 2005 residing in Athens until his retirement in 2009.

May he rest in peace.