On the 90th year of the Catholic Guides of Ireland in Cork, a woman from the South West Region has become the organisation's new Chief Commissioner.

Julie Donnelly is a native of Dublin but she has lived in Cork for many years.

Addressing the congregation at the Mass, Bishop Fintan Gavin, thanked all the guides for their commitment.

Speaking to the new Commissioner, he said:
“My prayer for you today Julie as you are commissioned as the chief commissioner of the Catholic Guides in Ireland, is that you will always know the closeness of God’s love for you so that you will have the courage, strength and the vision to lead this organisation with its rich and dynamic traditions and values so that they can be offered to young women today in an ever changing world more in need than ever for them.” 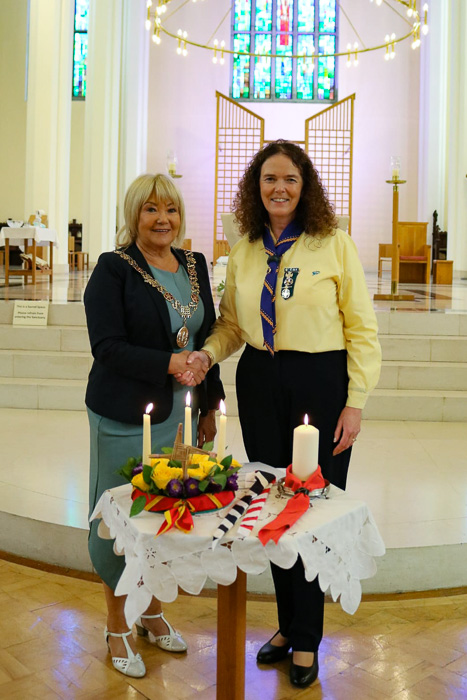