Marriage is a covenant by which a man and a woman establish between themselves a partnership for their whole life, and which of its very nature is ordered to the well-being of the spouses and to the procreation and upbringing of children. It is a lifelong and faithful union. Between baptised persons, marriage is a Sacrament. When a couple observes the correct formalities in getting married, they and everybody else have a right to presume that they are in fact married. Another way of stating this principle is that marriage enjoys the favour of the law. In other words, everyone has a right to assume that the couple are married unless it has been proven otherwise. 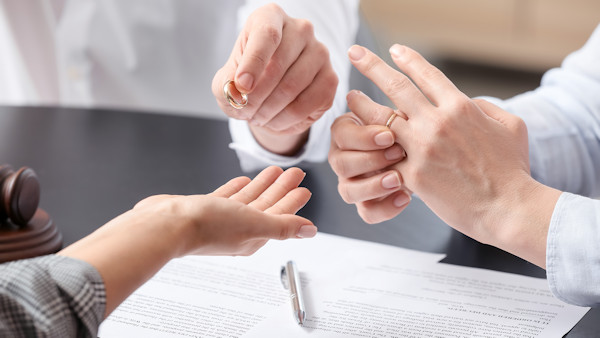 When a couple’s marriage is in difficulty, the preferred outcome is that the couple would be able to resolve their differences. However, if the marriage breaks down and one of the parties believes that the marriage may be invalid, they may refer the matter to one of the Interdiocesan Marriage Tribunals established by the Catholic Church.

Each Marriage Tribunal is comprised of people who are expert in the laws of the Church that deal with marriage. The Tribunals also have the assistance of professionals in the humanities and medical fields. Usually, a Tribunal has both ordained and lay people working for it. In Ireland, there are five such Tribunals - four Interdiocesan Tribunals and one National Appeal Tribunal based in Maynooth.

The Cork Interdiocesan Marriage Tribunal serves the six dioceses of:

When one applies to a church Tribunal for a decree of nullity of marriage one is alleging that, at the time of marriage, the consent of one or both of the parties was seriously flawed and thereby a marriage did not come into being.  A declaration of marriage nullity is a judgement reached by the Tribunal that a given marriage was invalidly contracted at the moment of consent. The judgment is given only after a “judicial process”, that is, as the result of an investigation carried out by an ecclesiastical judge.  The investigation is carried out in accordance with the Church’s own legal procedures as contained in the 1983 Code of Canon Law. This Code includes laws about preparing for marriage, getting married, living married life and deciding whether or not a marriage brought before a Tribunal is null.

It is not straighforward to estimate how long it will take to conclude any one case.  The Tribunal takes great care to conduct a thorough investigation which can be dependent on many factors.

Most cases take approximately one year depending on complexity and the current number of cases.